Rida Fatima Hussain: The Henry Downs Chapter of the National Society of the Daughters of the American Revolution is pleased to announce the2017-18 American History Essay Contest Winner.  This year’s theme was “World War I: Remembering the War to End All Wars”.  Rida Fatima Hussain, a fifth-grade student at River Valley Intermediate School submitted the winning essay writing about how the end of World War I was the beginning of a new age. This year marks the 100th anniversary of the end of the Great War.  The students 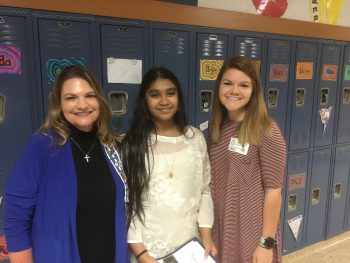 the pros and cons of the changes this war introduced to society and how the student imagined those changes would impact the United States in the years to come.  Rida was presented a Chapter Winner Certificate, a Bronze American History Medal, and a check for $50.  Rida’s Social Studies and Language Arts Instructor, Mrs. Leighann Parrish, encourages all her students to enter each year’s essay contest. 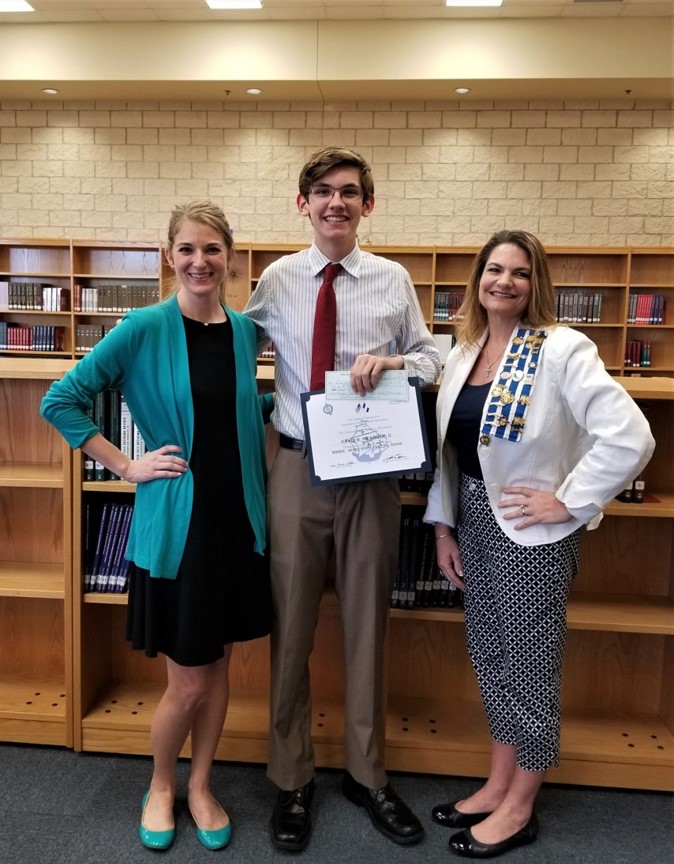 David Granger: Since 1996, the Henry Downs Chapter of the National Society of the Daughters of the American Revolution has joined with the National Italian American

Foundation to sponsor an annual national essay contest on Christopher Columbus. The contest is open to students in grades 9 through 12 in public, private, or parochial schools, or those who are home schooled.

This year’s title was “Advantages and Disadvantages of Working Relationships Between Foreign Parties”.  David Granger, a sophomore at Midway High School submitted the winning essay to the Henry Downs Chapter.  In the winning essay, David presented reasons why Christopher Columbus, an Italian, managed to convince a Spanish monarch to fund his voyage, along with reasons why a monarch from one country would be interested in hiring an explorer from a foreign country to complete such an important mission. In conclusion, participants offered their ideas to what convinced the Spanish monarchy to support Christopher Columbus instead of Spanish explorers.  David was  presented a Winner Certificate and a check for $50.