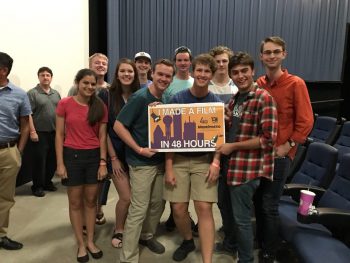 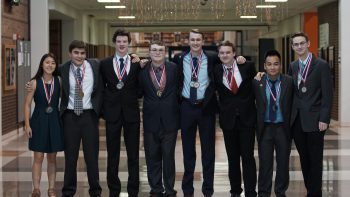 At the festival, videography students gather for a 48-hour dash to write, shoot, and edit a short film. Once they have completed their films, they are screened at a local theatre in front of judges, an audience of filmmakers, friends and families.

Consideration for Best Film is judged by film critics, professional producers, actors and other filmmakers from all over the world. The criteria are artistic merit, technical merit and adherence to the assignment. 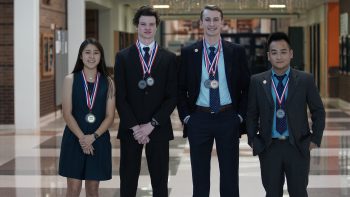 The AAHSFF is the largest high school film festival in the world and is a key destinations for student filmmakers. Students have the opportunity to have their work recognized by filmmakers, actors, and producers at the AMC in Times Square.

In addition to a college fair where the students can speak to the top film schools in the nation, there is a technology showcase, workshops, and panels.

Congratulations on this exceptional achievement!