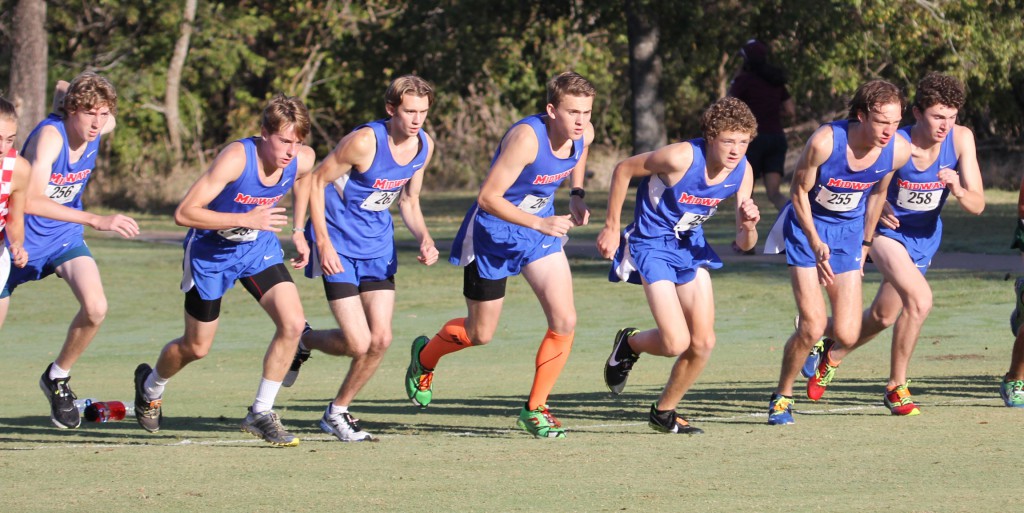 The Midway Panthers won the District 12-6A cross country team championship in convincing fashion Friday at Wildflower Country Club, as they placed five runners in the top 14. Sophomore Cal Johnston was the district individual champion, and junior Ryan Day made it a 1-2 finish for the Panthers. Junior Peter Ferretter wasn’t far behind as he finished in 6th place, with senior Ross Tullis in 12th and junior Gage Smith in 14th. Seniors Joel Petersen and Josh Woodward rounded out the district champs.

Junior Miriam McCormick’s fought through a leg injury and still ran her season best time as she finished sixth overall in the varsity girls competition. Sophomores Emmalie Albers and Gracie Hutson, and senior Audrey Johnston all medalled for Midway, as the ladies finished third overall as a team and qualified for the regional meet. Junior Mia Miller, freshman Riley Cowan, and junior Meredith Kaminski all ran well for Midway, as they were just a few places away from a medal.

Keziah Bachert won the individual championship in the JV girls division, as she led the Pantherettes to the runner-up team trophy. Lindsay Toups and Rebecca Burke were also top 10 finishers, and other medalists for Midway were Charlotte Kaminski and Emily Lapes. 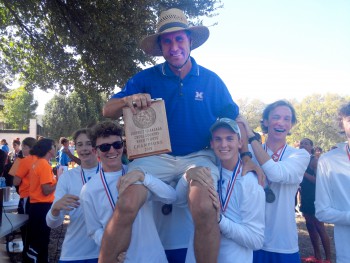 oth varsity teams advance to the regional meet by virtue of their top-3 team finish at district, and both will compete there for the 37th time in 40 years of cross country at Midway High School. The Region II-6A meet will be held Monday morning, October 26, at Lynn Creek Park in Grand Prairie.

A special thanks to all the parents that supported the team today, and big shout out to Mr. Gasaway, Coach Brad Shelton, and Traci Marlin for supporting this great group of kids!

Midway sophomore Cal Johnston and junior Ryan Day ran their best races of the year at the regional cross country meet Monday morning, but they just fell short of qualifying for state.  Johnston was 11 seconds away, and Day was 13 seconds from claiming an individual spot to state.  They both ran their best times of the year, despite racing on a muddy course at Lynn Creek Park in Grand Prairie.  Senior Joel Petersen ran his best time of the year, as well, and Peter Ferretter, Ross Tullis, Joshua Woodward, and Gage Smith competed well for the Panthers.  The Panthers were 13th of 24 teams, their highest finish ever at the 6A regional meet.

Juniors Meredith Kaminski and Mia Miller both set personal records by almost a minute each, as they led the Pantherettes to a 19th place team finish.  Lindsay Toups ran her best time of the season in her debut on the varsity, and senior Audrey Johnston competed well as she competed in the regional meet for the fourth time.  Emmalie Albers, Gracie Hutson, and Riley Cowan had good races in a very fast field.

Congratulations to both teams for an outstanding season.  Both boys and girls competed as a team at regional for the 37th time in 40 years, and the boys are District 12-6A champions!