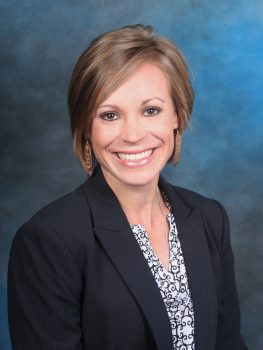 April Harris, a 4-year assistant principal, has been a member of the leadership team at Midway Middle School since 2017.  She attended McLennan Community College and received an Associate of Arts and Associate of Science. She completed her Bachelor of Science degree at Tarleton University. She also attended Lamar University where she was awarded a Master of Education in Educational Technology and Leadership.  April sees herself as being a risk taker, a visionary and leader of learners.  She is credited with numerous achievements including graduating Suma Cum Laude honors, Awarded Best of the Tech New Coach of the Year, and District Employee of the Year with Instructional Technology Team.

Each of the region winners will be recognized during the Josten’s Night of the Stars Awards Dinner on Tuesday, June 11, 2019, at the Hilton Austin Downtown Hotel.  Each will be presented with an award and recognized in a commemorative book entitled Texas Principals, Texas Heroes.  The TASSP Summer Workshop will be held June 12-14, 2019, at the Austin Convention Center.