Nicholas is a fifth grader at River Valley Intermediate School in the Midway Independent School District.

Students in the fifth through eighth grades and from all over McLennan County participated in the essay contest. The 2016-2017 topic was “Celebrating a Century: America’s National Parks” in honor of the 100 year anniversary of the National Park Service in 2016.

Nicholas’ winning essay is about the beautiful Denali National Park in Alaska which he and his family visited last year.

He received his award from Angela Granger, chair of the Henry Downs Chapter National Society Daughters of the American Revolution history committee.

The essay has been forwarded to the state DAR competition. 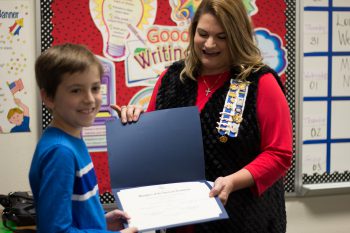 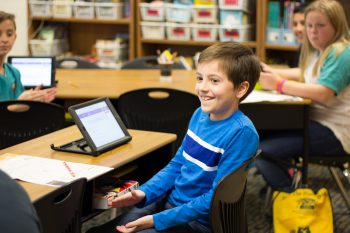