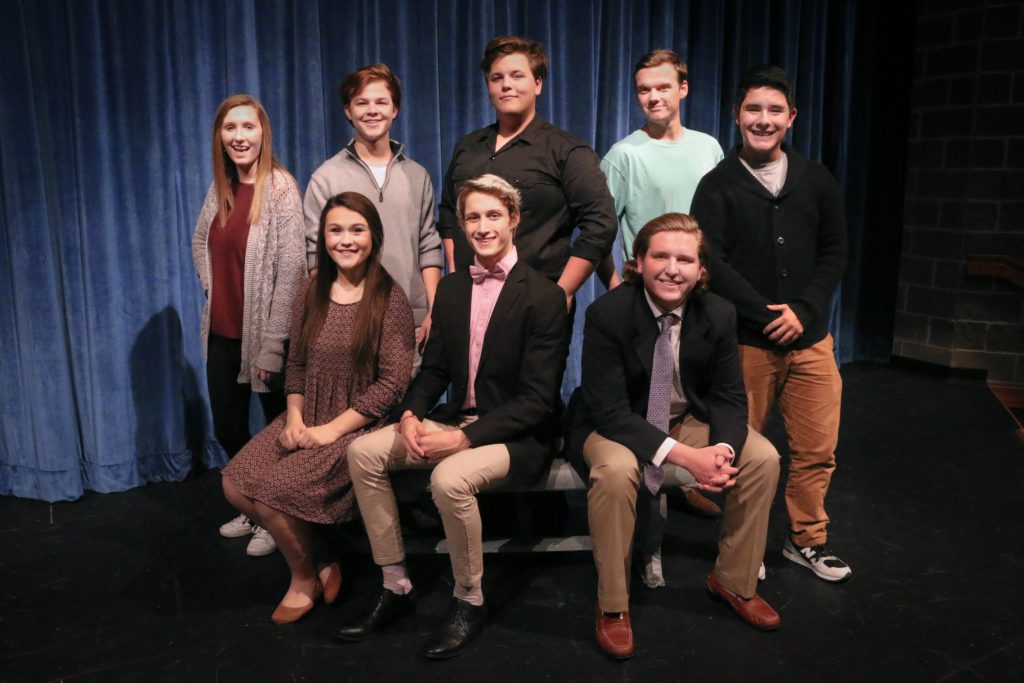 Six Midway High School students qualified to compete at the International Thespian Festival in Lincoln, Nebraska this summer. The students competed at the qualifying competition against more than 7,500 students from all over Texas for an opportunity to participate at the international level.

During the state competition, Coley and Marcum also auditioned for college programs and both students received acceptances from several schools as well as scholarship offers.

State Thespian Officers are selected each year from students all over Texas and are given the responsibility of planning the state competition for 7,500 actors. Junior Nick Marquez was selected for the upcoming year, following in the footsteps of senior Garrett Williams. Marquez will compete for an international officer position during the Lincoln festival.

Organized by the Educational Theatre Association and hosted by the University of Nebraska, the International Thespian Festival is a week-long immersion experience in singing, dancing, acting, designing, directing, creating, and writing. The festival features workshops presented by theatre professionals, individual and group performances, programs for technical theatre students, and opportunities to audition for college admission and scholarships.