Sitting in the audience at Midway ISD’s Distinguished Service Award presentation, it was impossible not to feel inspired by the stories of life change that were shared.

On Saturday, Sept. 24, Midway ISD awarded six individuals for their distinguished service to the district and recognized the profound impact they had on the Midway community. Each of the 2022 Distinguished Service Award honorees made an exceptional difference in the lives of their colleagues and students, and Midway is proud to honor their legacy.

“This award is a very special award,” Jim King, Midway High School Class of 1975 graduate who emceed the award presentation, said. “This year’s honorees were true trail blazers who have helped shape and impact students, peers and colleagues as a reflection of the school district’s quality of education.”

Each awardee was introduced by a guest speaker who either graduated from Midway or served alongside them as a Midway staff member.

Jamie and Kent Bachtel
The late Coach Bachtel served Midway ISD from 1983-2012, most notably as head football coach. Mrs. Bachtel served the district as a school nurse from 1984-2011 at Midway High School followed by Woodway Elementary, and through her support, she also played an integral role in her husband’s coaching success.

“Jamie was loved by students and faculty alike,” King said. “Always a smiling face in the front office and children reacted positively to her calm demeanor. Jamie is a nurturer.”

Coach Bachtel was Midway High School’s head football coach for over 20 years and also served as the athletic director.

“They learned life from him,” King said about Bachtel’s players. “They were mentored into being young men by him.”

For the last two years of his career, Bachtel worked with current Midway High School Head Football Coach Shane Anderson who said it was the most impactful years of his coaching career.

“When you mention Midway High School and Midway football, the name Bachtel comes to mind,” Anderson said during the award presentation. “Coach has impacted not only my life but my family’s life and thousands and thousands of others.”

“She was a passionate librarian that enjoyed sharing her love for reading with students,”  Dr. Joe Kucera said as he presented her award. “She was always looking for ways to encourage students to read.”

Mike began his 31-year career at Midway ISD as a student-teaching intern in 1980. He eventually became a full-time teacher and coach at Hewitt Elementary and then the middle school. After serving the middle school as an assistant principal and principal, Mike found his place in the position he’s most remembered for: he served Woodway Elementary School as principal for 21 years.

“He loved life, knew how to make life fun, was a friend to everyone and mentor to many,” Kucera said. “Mike and Cheryl Cooper have left an amazing legacy. They love watching students learn and finding ways to make learning fun.”

“Her 30 years of experience at Midway had a huge ripple effect on so many people,” Brian Townley, Midway High School class of 1988 graduate and 2016 Midway Distinguished Alumnus, said during her award presentation. “I am just one of hundreds and hundreds of people that I know she impacted.”

Dale Hollis
Dale Hollis was a world history teacher at Midway High School whose students were greatly impacted by his passion for the subject he taught.

Garrett also said although Hollis’s knowledge qualified him to teach well beyond the high school level, he chose to stay at Midway and invest in high school students.

A wall in the main hallway at Midway High School is dedicated to celebrating each of the Distinguished Alumni and Distinguished Service honorees. A photo plaque will be added to this wall for every 2022 honoree as a tribute to these special educators. 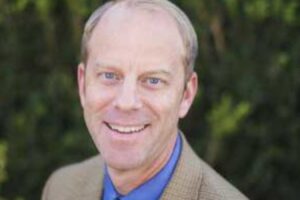 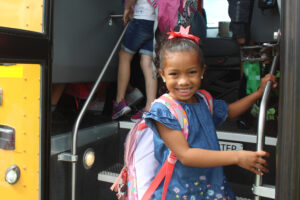 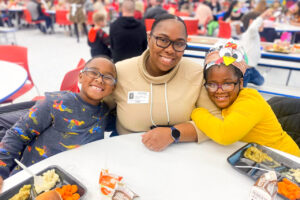