Tripp, a MISD FFA member since 10th grade, won the animal science division of the San Antonio Public Speaking Contest. This win came with a $10,000 scholarship. In her event, she gave a seven and a half-minute speech on genetic engineering and biopharming about the importance how we can incorporate it in the medical field such as making medications cheaper for people. Her speech was titled “Old McDonald had a Pharm.”

She was nervous yet confident about her performance. This was her first “major” speaking event, she said.

“I’ve made finals in speaking contests before,” Tripp said. “Thinking about the scholarship, I was really nervous. My teachers we able to sit in on the contest, and afterward they were pretty confident that I was in the top two of the finalists.”

She competed against 40 other students in the contest that was open to any high school student in the nation. After her name was announced as the champion, she was elated.

“I was pretty shocked,” she said. “The first thing I said to (her teacher Kelsey Snyder) was ‘I can go to college!’ I was speechless and still am a week later. I can’t believe it.”

Tripp plans to use the scholarship at Texas A&M University in the fall. She plans to major in animal science with a specialization in equine science.

In her years as a MISD FFA member, she has participated in a number of events. She was most recently on the tractor technician career development team, where she and her teammates won third place at area. They are headed to state completion soon.

Her teachers are proud of her accomplishments.

“Zoe is involved in all facets of our program,” Beth Zuilhof, FFA Advisor, said. “FFA is so much more than just ‘sows, cows, and plows’.”

On top of being an FFA club treasurer, Tripp has competed in ag advocacy and ag issues, both team speaking contests. She has participated in livestock judging all three years, and also showed and sold three lambs this year at several Texas events.

With all of this varied experience, she has sound advice for current and future FFA members.

“Find events and competitions that you are super interested in and work your hardest at them,” she said. “Don’t let the fact you may be in your first years as a FFA member, or that there may be more experienced students, deter you from doing something new. Always have a positive mindset, and go with the flow.”

In addition to her many FFA activities, she is also a member of the cross country team which advanced to regionals this year, a student council member, and a PALs and MPACT leader. Outside of school, she rides and trains horses as well as does photography. 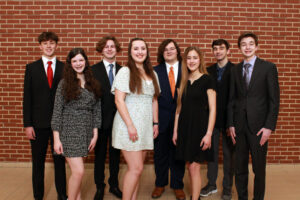 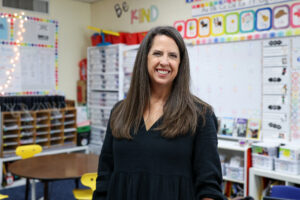