As we quickly approach graduation season, the Midway ISD Education Foundation honors the top 50 graduating students at the 15th annual Showcase of Stars Banquet. Students choose one Midway faculty member to recognize at the banquet for their impact on the student’s academic career. This year, eight of the honorees selected by the students are also Midway alumni. In this article, we have highlighted the faculty alumni that will be honored at the banquet on May 22. We are grateful for all of Midway’s faculty members and their influence on each of our student’s life. Midway is devoted to furthering the achievement of its students by providing faculty members to be teachers and role models for our students. Below we have featured the seven honored Midway alumni.

 Cara Brachear Fisher:
Cara graduated in 2003 and began her career at Midway as a counselor at Midway High School for three years. She then transitioned to South Bosque Elementary as a second grade teacher, and has been teaching there for seven years. Cara has always loved being a Midway Panther and was involved in a variety of organizations as a student.
“Midway has many opportunities for students to be involved, plug-in, connect and find their niche,” Cara said. “The Midway community is truly a special place to grow up and work as an educator.”
Cara has watched Midway grow in size, but also in diversity and acceptance. She believes the school district represents students and families from various cultures, experiences and needs.
Taylor Cofer is the student that has selected Cara to be honored at the banquet. Cara said she is very grateful to know Taylor and believes this is only the beginning for her many accomplishments.

 Ben Kosarek:
Ben graduated in 2004 and teaches Introduction to Engineering Design and Aerospace Engineering. Ben was in the first graduating class honored at the Showcase of Stars, and was chosen by Stephen Zheng to be honored at this year’s banquet. Ben enjoyed his time as a student at Midway and felt prepared for college. He was impacted by his Midway teachers to pursue a career in teaching. He believes Midway has not only grown physically, but also internally. The opportunities for students are vastly different from when he was a student, and believes each student is prepared for a bright future.

 Julibeth Moore:
Julibeth is currently a PreAP Biology and AP Environmental Science teacher and graduated from Midway in 2003. Julibeth loved her experience as a Midway Panther student and was involved in PALs and a manager for the cheerleaders and choir.
“Being part of these organizations allowed me to grow and ultimately shape the activities and organizations that I am currently involved in being a teacher at MHS,” Julibeth said.
She believes in giving back the school she works for and is currently a co-sponsor of Student Council and serves on the AVID Site Team.
Kylie Akin is the student that has selected to honor Julibeth at the banquet.

 Christi D’Herde Warwick:
Christi graduated in 2007 and is currently teaching Geometry, Albebra 2 and PreAP Algebra 2 at Midway High School. As a student, Christi was involved in Spanish club, National Honor Society and color guard. Christi has seen Midway grow exponentially throughout the years as the number of students and staff have increased and a range of opportunities have been introduced. Christi believes that a student is able to get involved in Midway regardless of their interests.
Christi is being honored by Sarah Zylberfuden, one of her PreAP Algebra 2 students.

 Kari Shelton:
Kari graduated in 1998 and first began her career at Midway as a counselor for three years. Kari has taught a business class for 11 years and believes Midway has grown in the variety of courses offered. She also believes the competitive atmosphere has altered the environment favorably by affecting student’s GPA and extracurricular activities. Kari is being honored by her student Phoebe Park.

 Marla Jaynes:
Marla began at Midway in the fourth grade and graduated in 1980 after being in the first class in the “new” high school (now Midway Middle School). After graduating, Marla felt prepared to go into any field after Midway’s high academic standards. Marla is fascinated by Midway’s growth over the past years and the progress the district has made.
She currently teaches first grade at Spring Valley and was selected by a past student, Katherine Best, to be honored at the banquet. Marla is grateful for this honor.
“Nothing could be better than a student remembering you and feeling like you made a difference for them,” Marla said.

 Jill Osborne Wilkinson:
Believe it or not, Jill (a Theatre Arts and Professional Communication teacher) considered herself quiet and shy as a student at Midway, but grew as she was involved in journalism and was surrounded by supportive teachers. Jill gradated in 1991 and has seen Midway grow in population and opportunities. Jill believes it is important for students to find a place where they feel connected and encouraged at Midway.
“I hope I am able to pay it forward and provide the same for the students at Midway,” Jill said.
Jill’s student of four years, Andy Kanz, has chosen to honor her at the banquet. She considers it a blessing to be a part of his life.

 Allen Arrington:
Allen graduated in 2006 and teaches American Sign Language I & II at Midway. He began teaching sign language seven years ago, a year after Midway started offering it as a language credit.
Allen said, “I love getting to work with students as they explore communicating in a way that is wholly unique from English in its presentation and expression.”
Allen was chosen to be honored by Bethany Neubert. He never had the opportunity to tech Bethany in the classroom, but met her while helping direct a play last year.
As a student, Allen participated in soccer all four years and Mock Trial his senior year. Allen remembers receiving a palm pilot when he was honored as a student in the Showcase of the Stars Banquet. Allen has seen Midway grow exponentially with the increase in student population and is reassured that it continues to grow along with the changing students and their needs. 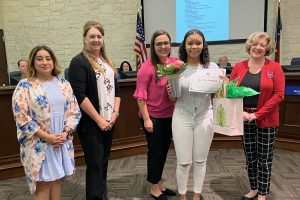 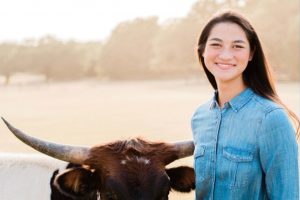