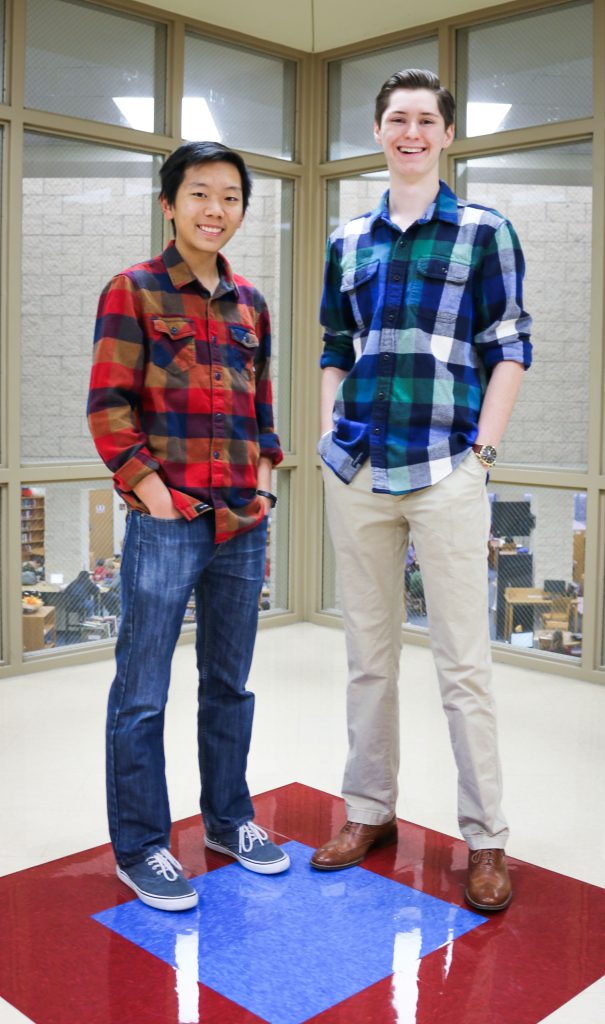 Midway High School students have a legacy of outstanding performance in standardized testing, ranking above both state and national averages on both the SAT and ACT. This year’s seniors are no exception. Eleven students have received notice of recognition through the National Merit Program, and these two students have been named National Merit Finalists. Congratulations to Andy Kanz and Hanxing Kuang.

Hanxing Kuang (left) is the son of Lingjiang Tu and Weidong Kuang of Waco. Hanxing is a national qualifier, state quarterfinalist, district Top Speaker, and MHS Captain in Policy Debate. ­As Varsity Tennis Captain, Hanxing helped lead the team to four consecutive district titles and three consecutive area titles in Team Tennis. He was an All-District selection in both singles and doubles during team tennis season. During the individual season, Hanxing was district champion in doubles and a regional quarterfinalist. ­He is also Science Captain in UIL Academics and President of National Honor Society. Hanxing plans to attend Yale or University of Texas and major in Physics.

Andy Kanz (right) is the son of Robin and Ken Kanz of Woodway. He is Blue Crew Captain, a four-year All-Region Choir member, an AP Scholar with Distinction, and National Spanish Exam Honoree. Andy is involved in National Honor Society, theater, choir, and chess club. He plans to attend Baylor University to major in Film and Digital Media.