Coding may seem scary and complicated but one Midway ISD coding club showed that anyone can do it! With the help of a Midway ISD Education Foundation grant, students at Castleman Creek Elementary School are being introduced to coding technology in a fun and exciting way.

The grant provided five Sphero Sparks and two Ubtech Jimu Robot Meebots Kits to the CCE Coding Club, which are programmable and code-able using the iPads supplied to students on campus. They are able to create loops, algorithms and command the Meebots to move, dance and act out other sequences. But the greatest benefit is that the students learn the procedures and applications of coding without even realizing that they are learning.

According to 4th grade teacher and founder of the CCE Coding Club Adriana Pruente, the students simply see the robots as toys to have fun with. As a result, things that would often cause annoyance and irritation all become part of the fun of playtime.

“Frustration is at a minimum because they want to do the work,” Pruente said. “They see the outcome right away and it feels like play.”

Pruente even says she has been shocked by the concepts the students have been able to teach themselves and have taught her several tricks she did not know the robots were capable of. She said the club has turned into “one of [her] favorite things about the week” because of how excited the students are to learn about coding.

The coding robots not only help teach the basics of coding but also help with other fundamental subjects like geometry, science and even spelling. Most importantly, they help foster an interest in technology that has the potential to carry on for years to come. In a world that is quickly changing and adapting to emerging technology, this will prove to be extremely beneficial.

Due to the COVID-19 pandemic the club has not been able to meet physically this school year however Pruente has come up with Funday Fridays to make sure students still gain the benefits of interacting with the robots. The students are rewarded for performing well during the week by getting time with the robots on Fridays, and have meaningful discussions geared towards what the students can do with coding and possible career paths for them.

“Besides the fact that they just love using them, it’s a huge motivation for completing work and working our hardest,” Pruente said. “Everyone looks forward to robots on Fridays.”

The activities of the coding club has caught the attention of people even outside of Midway ISD. Ubtech and Spehero, two of the companies that created the robots the club uses, have retweeted videos that Pruente has shared of students using the equipment. Some even made it to the other side of the world!

“One tweet was re-shared so many times, last I saw it had a retweet by someone in England saying how amazing it was to see young minds exposed to robotics and coding,” Pruente said. “This shows the world that Midway students are preparing for a world in technology.” 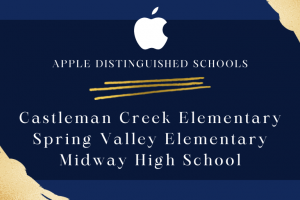 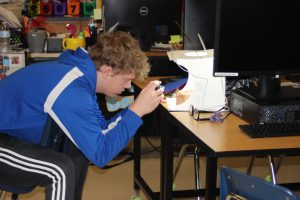